"Vietnam is a country with a long and wide coastline, a very large and diverse system of rivers, streams, ponds and lakes," the photographer said.

"People's lives are always associated with rivers, streams, ponds. Taking advantage of this, people have developed fisheries and agriculture that create a unique beauty for Vietnam."

Instituted in 2015 the Drone Photo Awards remain the most important international competition for aerial photography and videography. 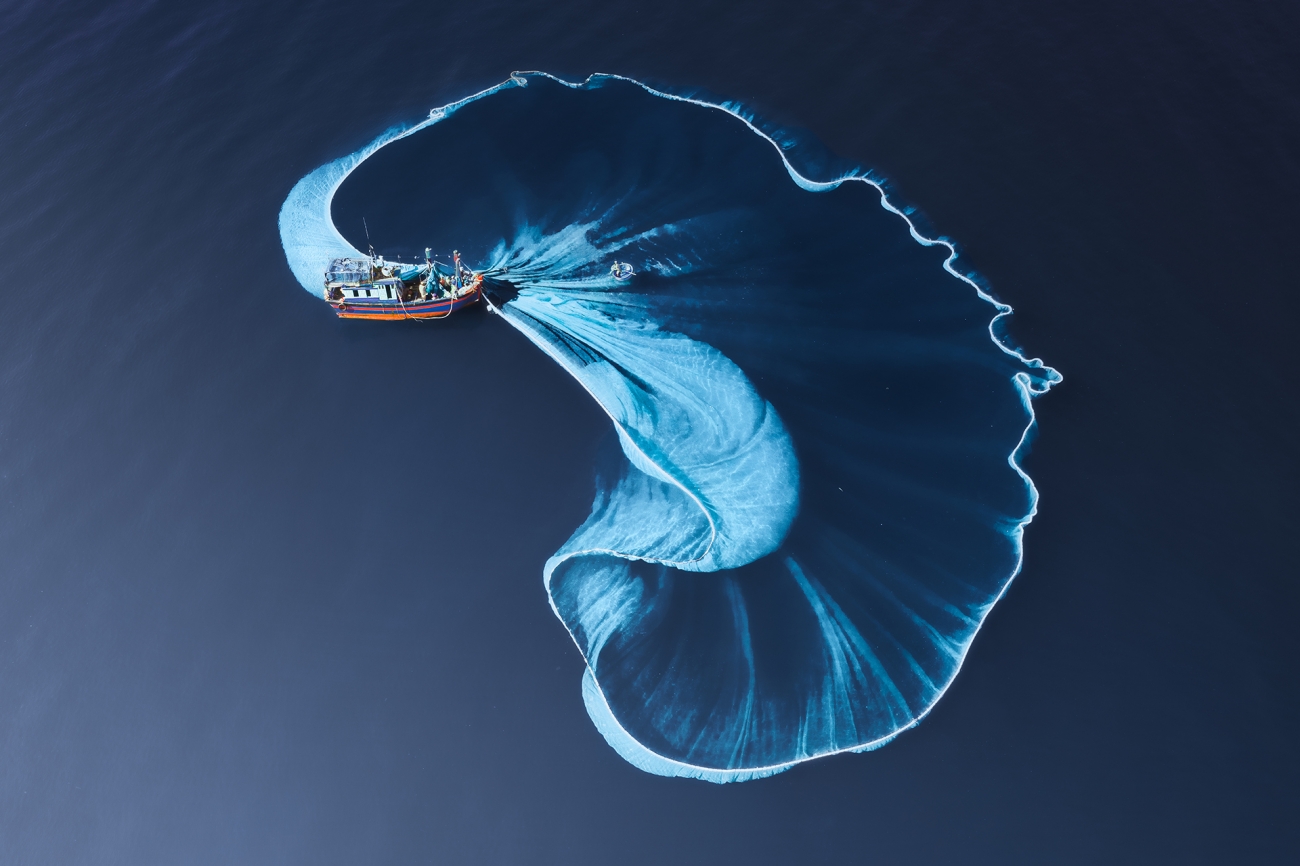 Fishermen pull out their nets to harvest anchovies off Yen Islet, 15 kilometers north of Tuy Hoa, the capital of Phu Yen.

Salted anchovies are considered a specialty of the central coastal region and used to produce the quintessential Vietnamese condiment – fish sauce. 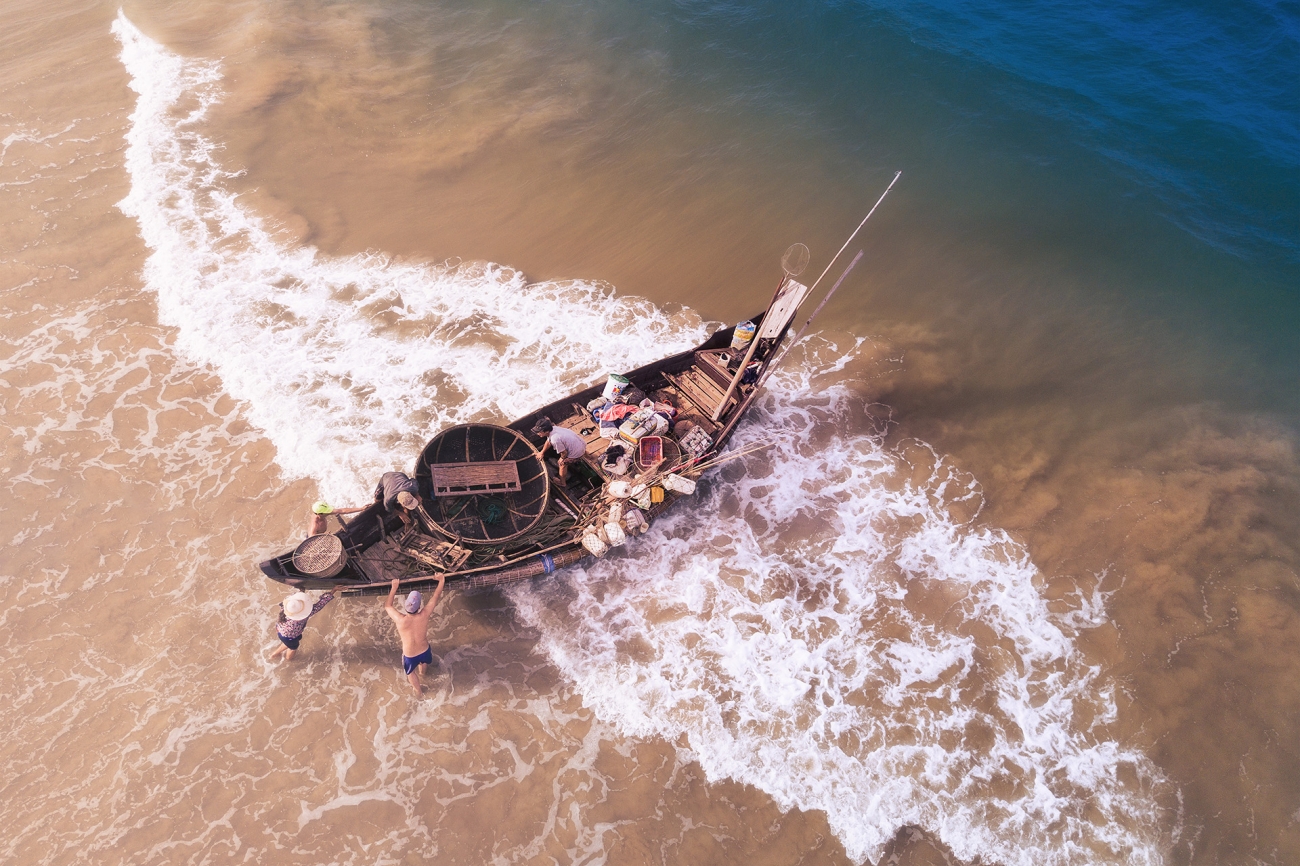 Fishermen push a boat out to sea on Vinh Thanh beach in Thua Thien-Hue Province.

"While fishermen head out to sea, the waves kept crashing on the shore and accidentally formed the shape of a whale, considered a sacred animal that protects Vietnamese fishermen from natural disasters at sea," Nhan said. 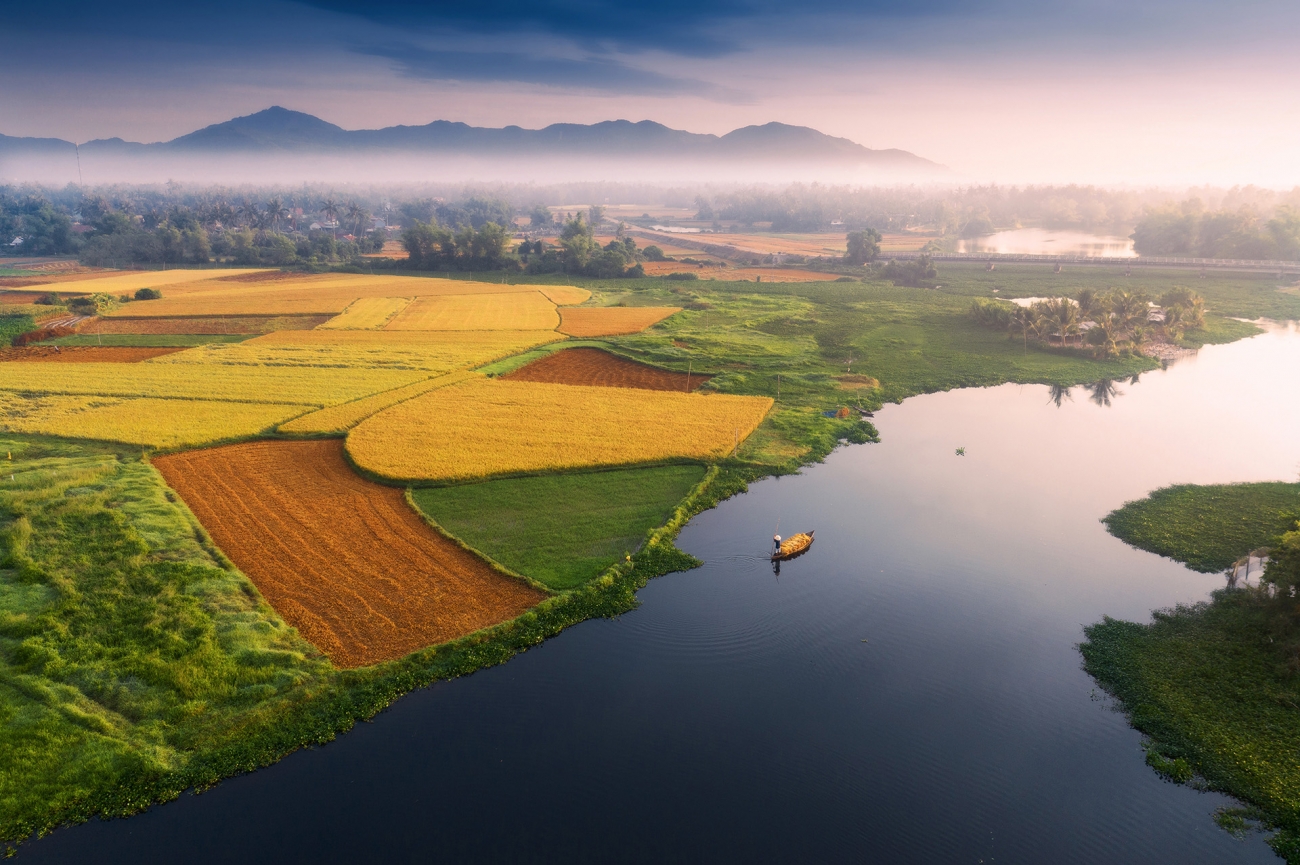 A farmer carries paddy home on a small boat during the rice harvest season in Phu Cat District in Binh Dinh Province. 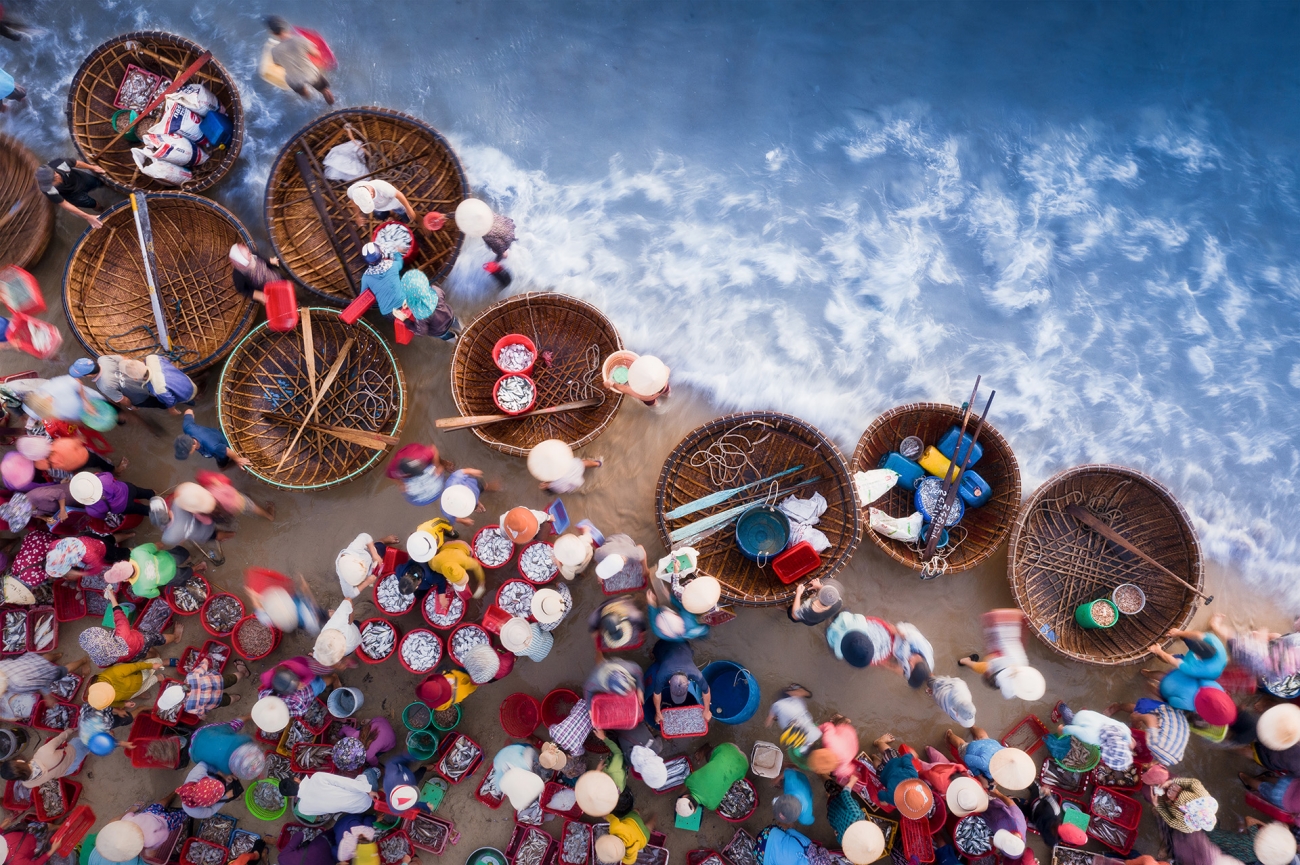 A bustling fish market along the Tam Tien coast in Nui Thanh District, around 15 kilometers from Tam Ky Town in Quang Nam Province.

The market has been the main seafood distribution point for Quang Nam and neighboring localities for the last 15 years.

Visitors to the market at 4-5 a.m. can see hundreds of fishing boats gather along the coast with fish, shrimp, squid, and crab.

The market, situated an hour's drive south of Hoi An, is at its busiest at 4-7 a.m.

It only opens between April and September, the monsoon season. 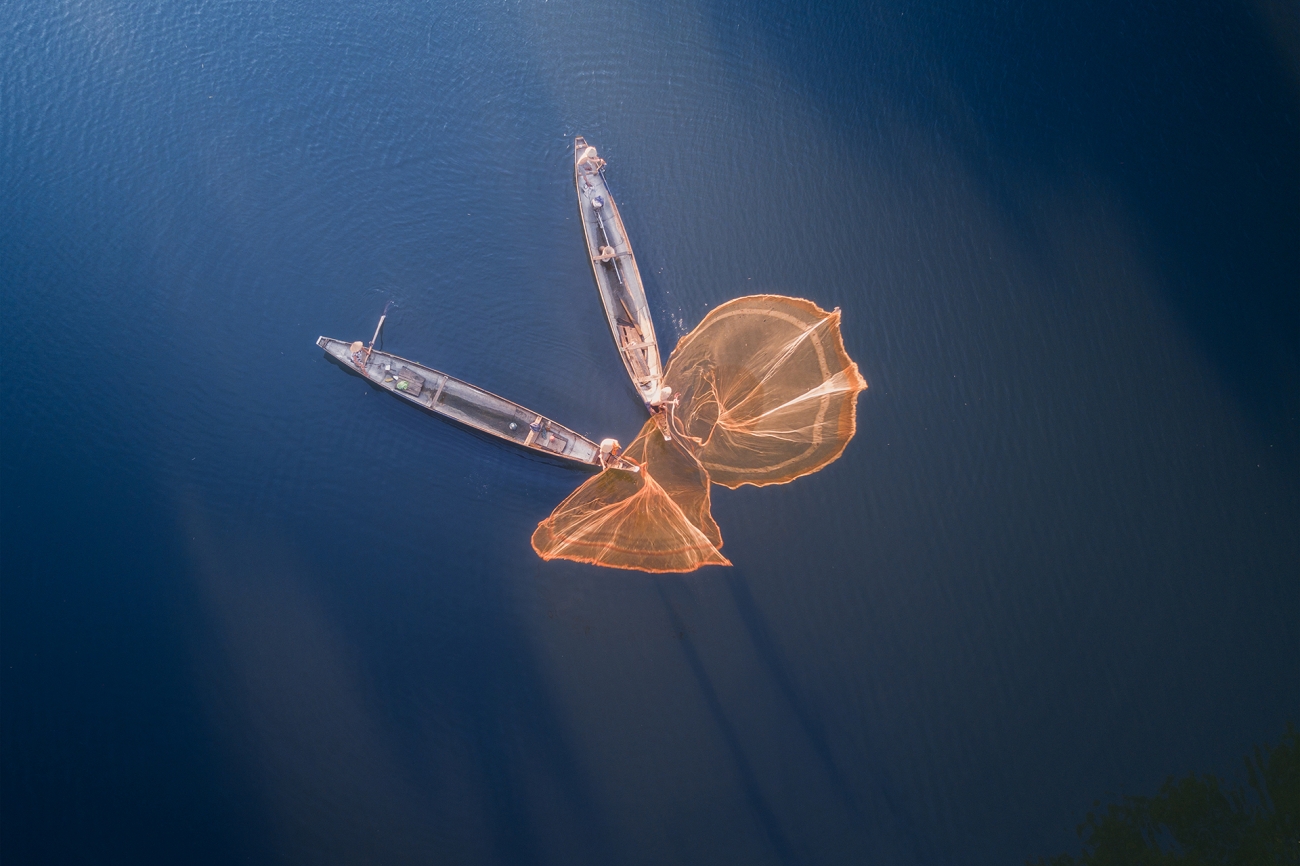 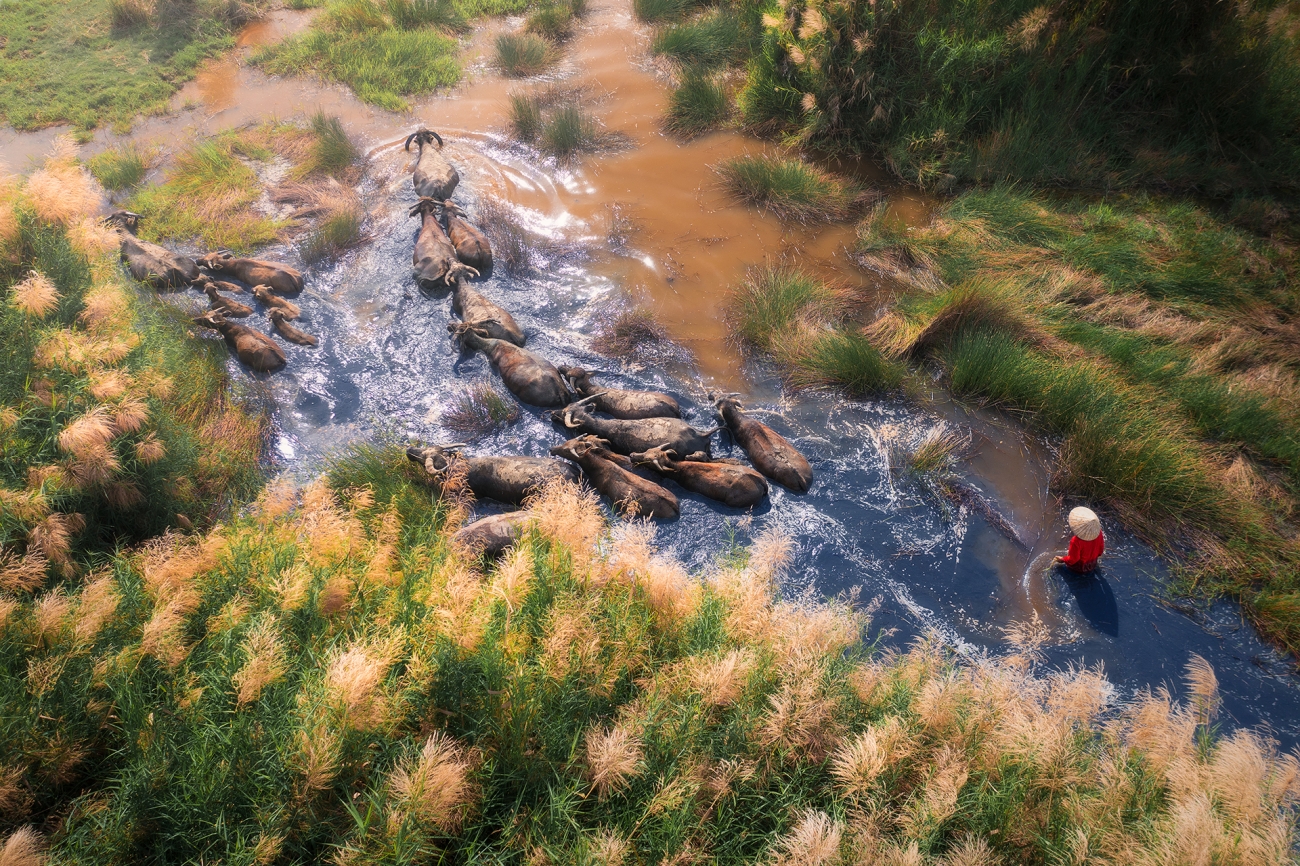 A herd of buffalo wades through a flooded field on the outskirts of Ho Chi Minh City. 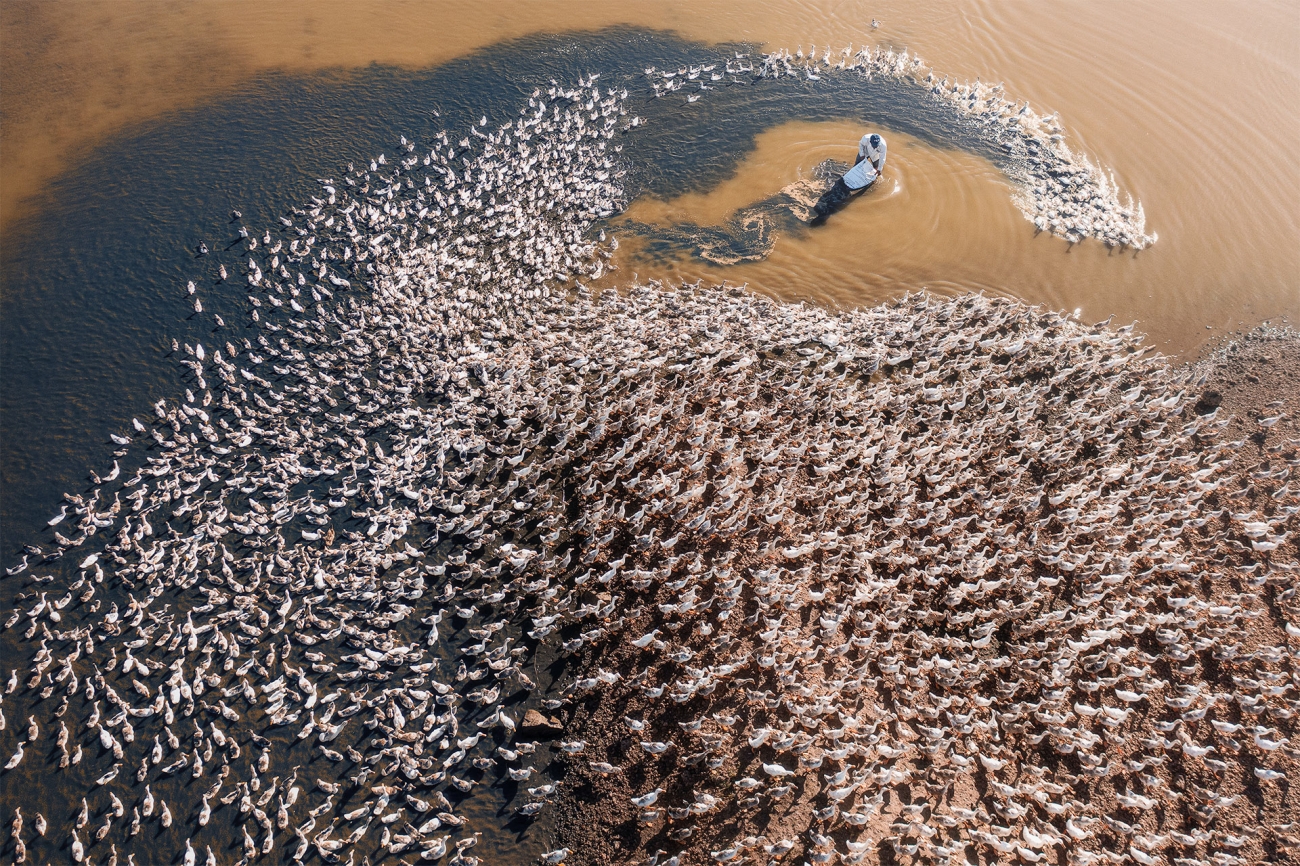 A farmer feeds his ducks near Tra O Lagoon in Phu My District, Binh Dinh Province.

Raising ducks in fields for their eggs is common in rural areas around the country. 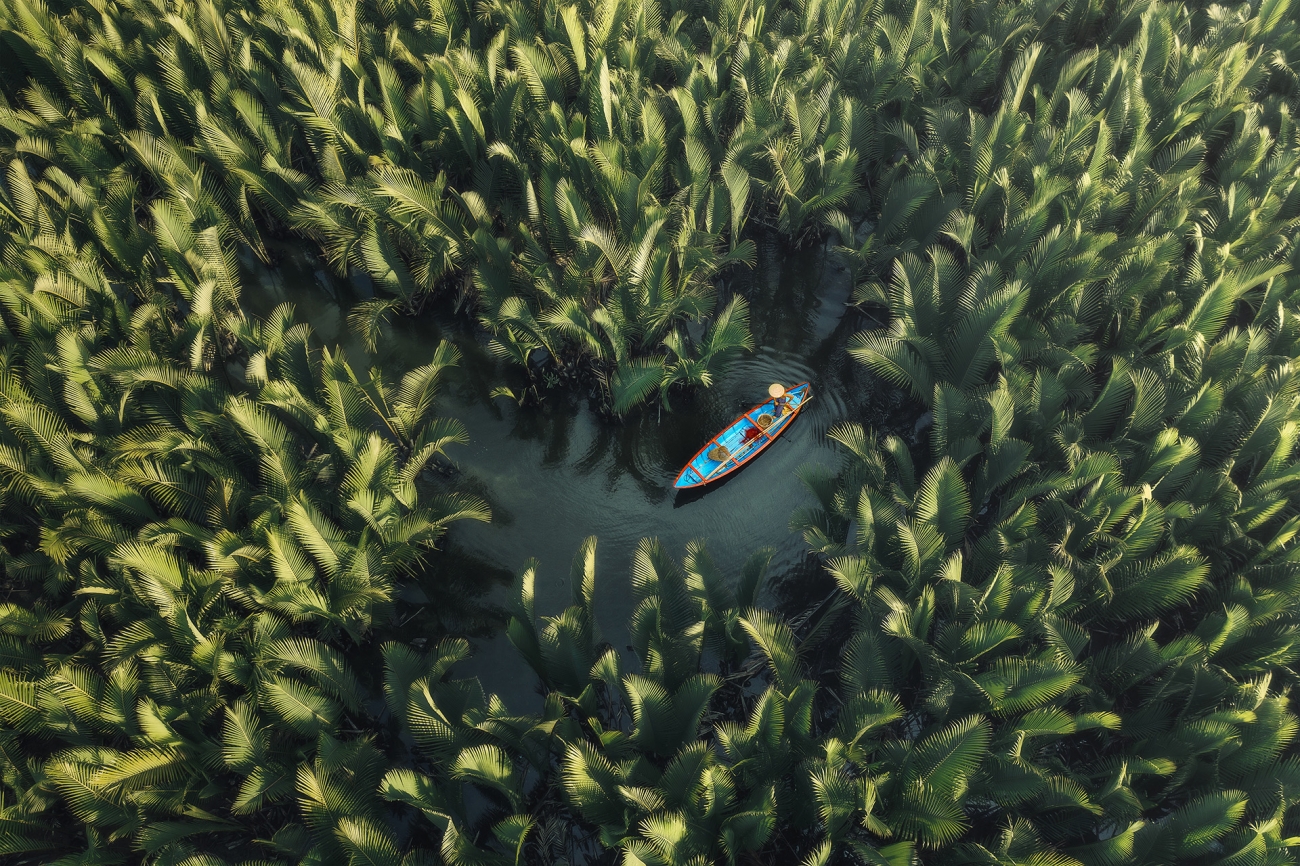 A local rows a small boat in the middle of a nipa palm forest in Tinh Khe District, Quang Ngai Province.

The forest served as a base for guerilla fighters from Tinh Khe Commune and Son Tinh District during the war.

11/28/2022
The weekend flea market in Quan Ba Town is a signature event in Ha Giang where visitors can buy local products made by ethnic minority communities like the Hmong, Dao, Giay and Tay. Behind the mark...

the mystery of vietnam